This tour of France permacole and agro-ecological initiatives travels from June 15th to September 15th.

Starting from Metz, passing through Marseille, Perpignan, Bordeaux and finishing near Tours, this festival is going on a stunning course and moves its marquees every 3 days. Each stop is detailled in D1, D2 and D3.

On D1, visits of the surrounding farms are organised, the second day focuses on meetings and conferences and on day 3 on permaculture documentaries are projected.

Visits to local food growing farms, livestock farms and popular initiatives to alternative network actors to the current large-scale distribution were exciting and very instructive. Initiatives in France are numerous and motivating.

Permadomia participated to the animation of this tour by presenting an introduction to the technique of eco construction Superadobe during the stops of Mimizan and Blanquefort.

This tour is organized by the association “farm of the future” which is the spokesperson of the agro-ecology in front of the great authorities of our country, as well as the population by promoting permaculture initiatives.

This association also tries to rally the big names of the mass distribution to a world more respectful of its resources and needs. The president of this association is the famous Maxime de Rostolan, author of the book “L’or bleu” (“the Blue Gold”) written after a two-year world tour with the theme water. Returning from his journey, he writes this book with his compers and then agrees with Louis de Broglie to the writing of pamphlets popularizing ecology and market gardening in agro-ecology.

It is in this cooperation that it builds the website BlueBees; participatory financing website opened to all. An alternative to banks in some way to set up alternative projects. Unlike Crowdfunding and other kisskiss banking banks, BlueBees financiers are reimbursed for their investment by the project advocate at a pre-negotiation rate.

It is from these experiences that Maxime embarks on the project of farms of the future.

After 4 years, the FAT is launched, promoting agroecology and permaculture around France throughout the summer of 2017. Thanks to its sponsors and more than 40 volunteers, it is 30 three-day stops that shake up the different towns and villages.

This festival causes some passionate reactions. And for good reason, some sponsors are the main polluters of our society.

Maxime’s argument? Well, for him the world is in such a state that it is necessary to take the money where it is to warn and educate the maximum of people. It is no longer time to be watchful, radical or even sectarian. For him, the end of the world is to be expected within 20 years at most. No more drinking water, no more fertile land, biodiversity has its minimum, including the human specie. And to avoid this, everything is allowed. He uses his talents as a speaker to convince the big portfolios to help him in his quest. We can see the support of Decathlon, Renault and even Fleury michon to run the FAT.

Another project of Maxime, through its association is to bring these great distributors softly towards a more respectful and organic supply. He convinced Fleury michon to stock up on a totally organic farm for his most popular product, the taboulet. He is now in the process of setting up a project with Carrefour in the same light. Despite this, he admits refusing after a first approach to work with Leclerc or Bonduelle.

In parallel, Farm of the future is working to set up a new job title : payculteur.

His mission : Networking actors of perennial solutions in food production and assist and pool the commercial and marketing aspects of small and medium-sized structures.

To find out more, it’s simple: go to our website fermesdavenir.org

Permadomia will have followed 6 stops for more than 2 weeks before joining other permaculturists during the National Permaculture Gathering held for this 6th edition in Coucy le Chateau Auffrique, the first tourist site in France in front of Mont St Michel before 1917. 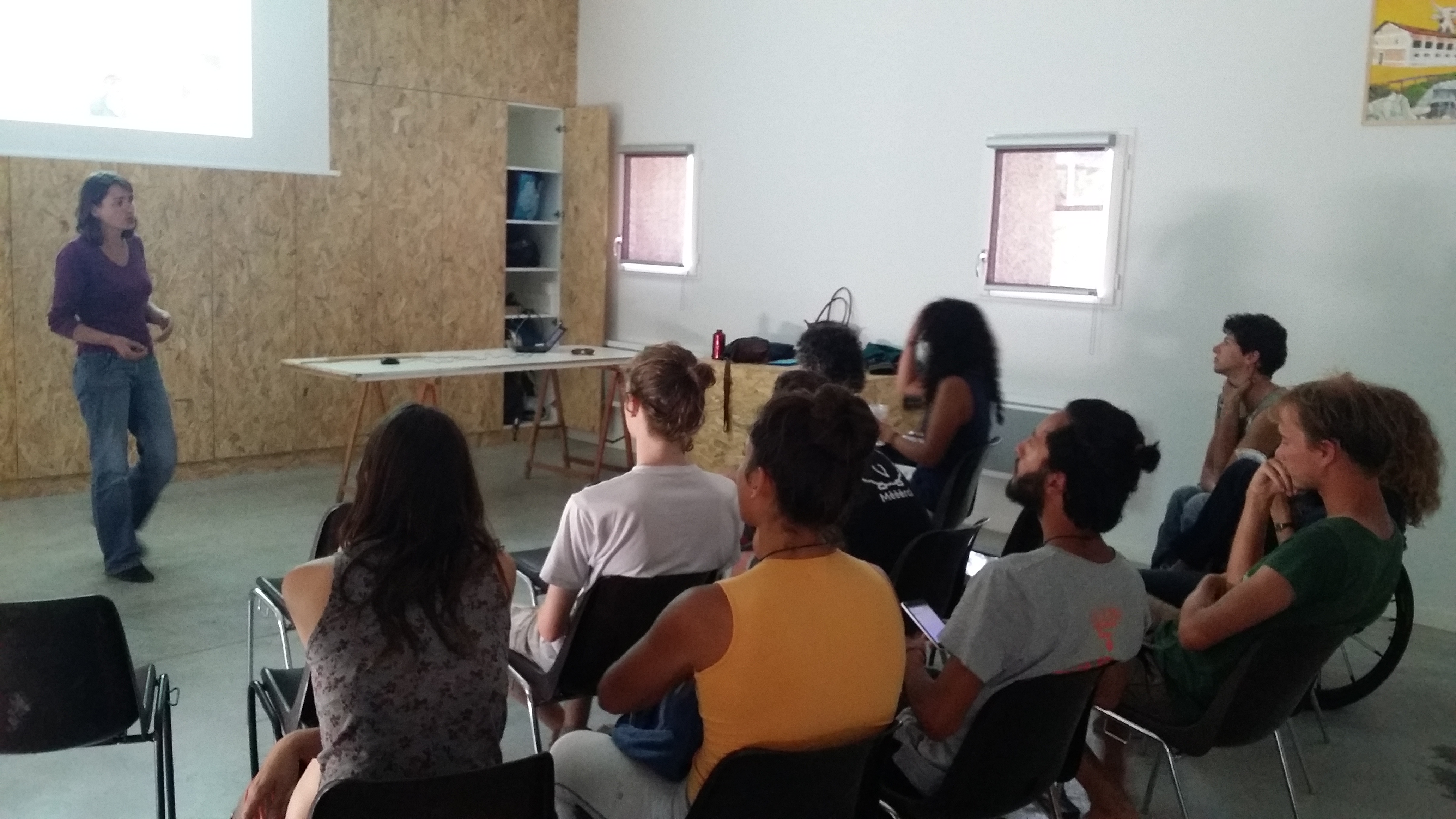